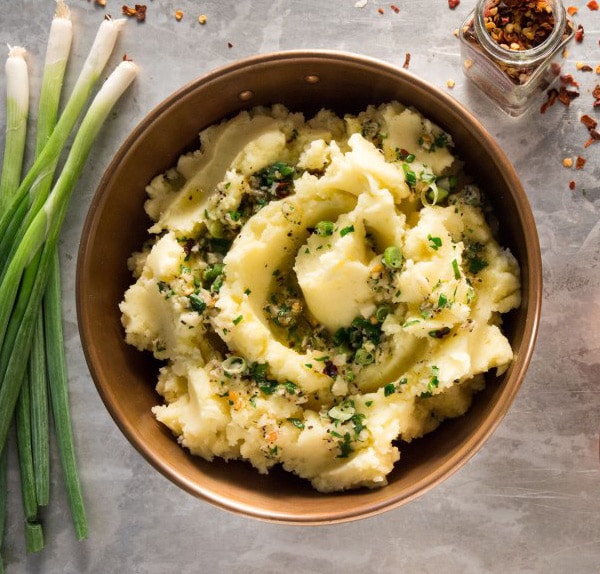 Thank you, Idaho, and everyone else who made February Potato Lovers Month!  Even with Chinese New Year and Valentine’s Day trying to steal the monthly spotlight, it’s the potato that brings home the win in our book because it’s a vegetable that is eaten all year long – not just on special occasions.

We’ve read that on any given day 12% of the U.S. population is eating potatoes, and why not?  For many families, potatoes are a permanent fixture.  In restaurants, they are a key ingredient 365 days a year and featured on menus for all day parts due to their convenience, versatility and cost.

While there are literally thousands of varieties of potatoes, it’s the fingerling varieties we are obsessed with.

Fingerling potatoes with their thin, tender skins and small size, are not new potatoes. Rather, they are cultivars of potatoes—often of heritage varieties—bred to naturally grow to only a small size and narrow width. Unlike new potatoes, fingerlings are harvested at maturity, which means that they have time to develop more complexity of flavor—sometimes described as “nutty”.  They can be used in any recipe, prepared in virtually in any way and they don’t even have to be peeled due to the thin skins.

You’ll find these SENSATIONALLY FRESH® fingerlings on our availability guide from both Los Angeles and Miami.

Call us for pricing and availability from
Los Angeles and Miami